BTI Partners is under contract for another 1,238 acres in Osceola

Land development company BTI Partners is ready to drop another $35 million in Osceola County’s East Lake Toho district. Recent filings name the company as the contracted buyer for Edgewater West, the other half of the sprawling master-planned community along Kissimmee Park Road that’s now in permitting.

This month, Kevin Kramer, BTI Director of Land Development, filed a new Concept Plan with Osceola for the 1,238 acres of the Whaley family ranch property known as Edgewater West, or Heritage Edgewater. The developer, which has been under contract since late 2020, is seeking approvals for 3,835 homes.

Company officials declined to speak with GrowthSpotter about the deal, which would nearly double the land holdings for BTI in Osceola County. The Fort Lauderdale-based company paid $40 million in the summer of 2019 for roughly 1,400 acres of Osceola County ranch land that was preapproved for a massive mixed-use development called Edgewater. It represented about half of the former Edgewater Development of Regional Impact and was entitled for more than 5,000 residential units and 2 million square feet of commercial uses, including a designated Urban Center at the New Nolte Road Turnpike interchange. Kissimmee-based Rj Whidden and Associates has been the planning consultant for BTI on both halves of Edgewater.

BTI is currently constructing the next segment of Cross Prairie Parkway, which will eventually link the community with Tohoqua to the north. Now renamed “Cross Prairie,” the community is divided into seven phases. BTI is in permitting now for the Site Development Plan for Phase 1. Kramer told GrowthSpotter the firm has three national homebuilders under contract for the 1,125 homesites.

Homebuilder demand for residential lots is so frenzied the master developer already has filed preliminary subdivision plans for three additional phases of Cross Prairie. Kramer said the firm expects final approval for Phase 1 by the end of the month. BTI is targeting the first quarter of 2022 for construction level approvals for the next two phases. Development of the Urban Center would be timed to coordinate with the new interchange. 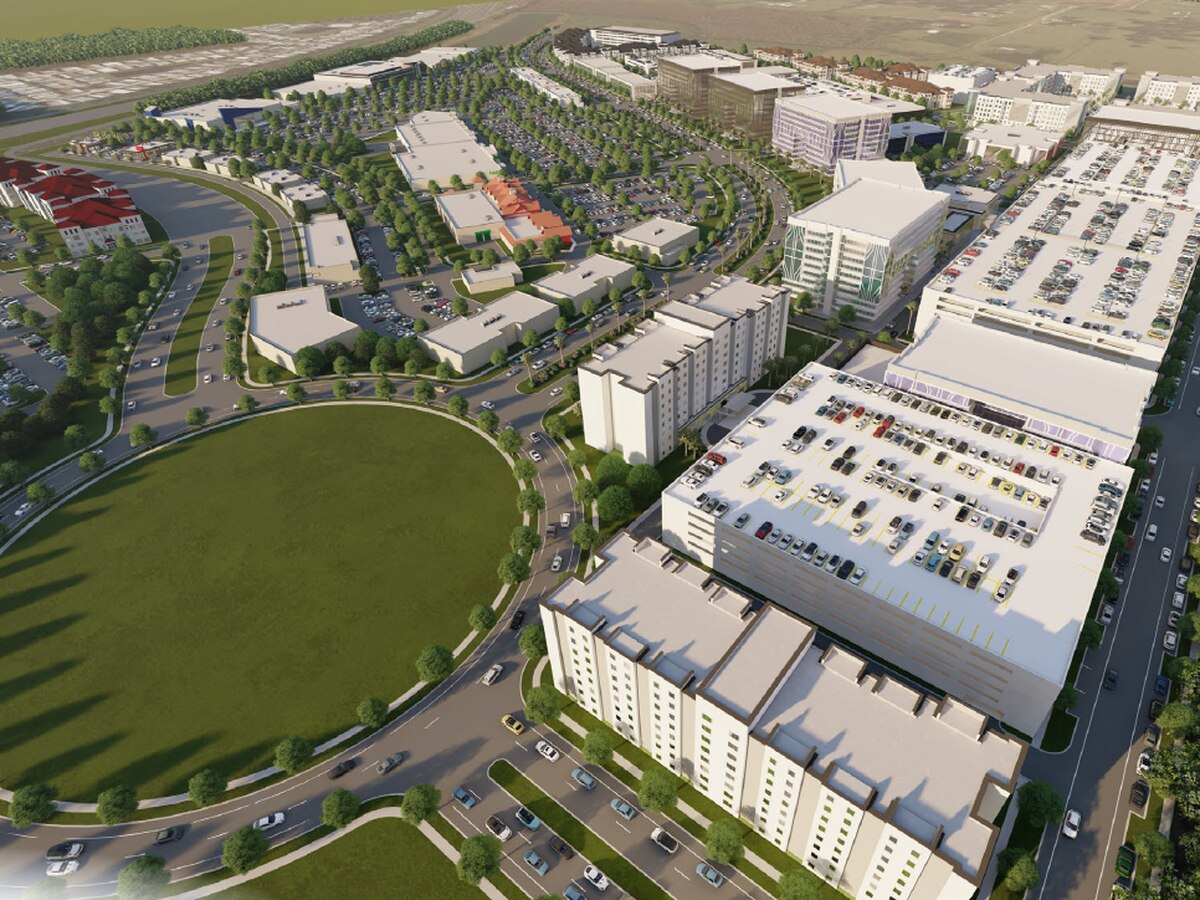 “The demand has been strong from builders — lots of interest,” Kramer said in an earlier interview. “So we’ve begun the planning stages going in three directions.”

BTI paid another $4.25 million in May to members of the Whaley family for acreage that wasn’t included in the 2019 transaction but is in Phase 2.

Daryl Carter, president of Maurey L. Carter and Associates, represents the sellers of Edgewater West. He said it’s one of about a dozen Osceola County land listings he has under contract that represent a combined value of over $130 million.

“In 35 years, this is as good a market as I’ve ever seen,” Carter said. “These are the best of times in Central Florida in terms of volume, pricing and activity. We’re getting the perfect storm as a result of a lot of pent-up demand, good capital availability and low interest rates.”

Edgewater is one of six large master-planned and mixed-use communities that make up the East Lake Toho element of Osceola County’s Comprehensive Plan. Combined, they comprise more than 11,000 acres and have entitlements for 16,380 single-family homes and 11,800 multifamily units as well as commercial centers, office parks and school sites.

Earlier this year Lennar Homes paid close to $20 million for three future phases of Tohoqua. The builder now controls over 700 lots in the community, where it joined Mattamy Homes (328 homes) and Pulte (508 homes).

South of Edgewater, Fontana Lakes is approved for 1,752 single-family homes, 1,200 multifamily units and 170,000 square feet of office space. The 677-acre mixed-use development also will have a private marina on Lake Toho’s Goblets Cove. In March, owner Jeff Fuqua applied for mass grading permits and purchased mitigation credits for the community.

Just this week Centerline Capital Advisors, owners of the Bella Tera master-planned community, filed a new Concept Plan and Preliminary Subdivision Plan seeking approvals for 1,714 homes on 664 acres. Bella Tera abuts BTI’s Cross Prairie community and stretches all the way from Kissimmee Park Road to Lake Toho. Centerline President Craig Perry declined to speak with GrowthSpotter about the filings, which would represent a reduction in density for the project. Rj Whidden is the planning consultant named in the application.

As outlined on Centerline’s website, the project calls for up to 1,993 dwelling units with a mix of townhomes, purpose-built rental homes, a 300-unit apartment complex, and single-family detached homes. There’s also a potential school site and two neighborhood centers, including one that could include boating access to Lake Toho.

In June, Gentry Land Company and Wheelock Street Capital went under contract for 5,977-acre Green Island Ranch, which stretches along the southeast shore of Lake Toho and east of Florida’s Turnpike. The sale price is reportedly over $135 million.

The former Partin family ranch has entitlements through Osceola County’s comprehensive plan for up to 17,000 residential units and millions of square feet for office, industrial and commercial space. The development order even calls for a regional mall, a research park and a marina on Lake Toho.

Gentry’s Reed Berlinsky said the developers were attracted to the Green Island Ranch because they felt the market along Lake Toho had matured and the timing was right. “These projects have been on the board for a long time, and the market has grown into them. It’s a great legacy project owned by a great family, and the county has teed it up. They’ve done a great job with the conceptual master plan.”